How much would you pay to own the official residence of U.S Presidents, the Japanese Imperial Palace, the apartment that the members of K-pop band BlackPink call home or the residence of Malaysia's first Prime Minister? 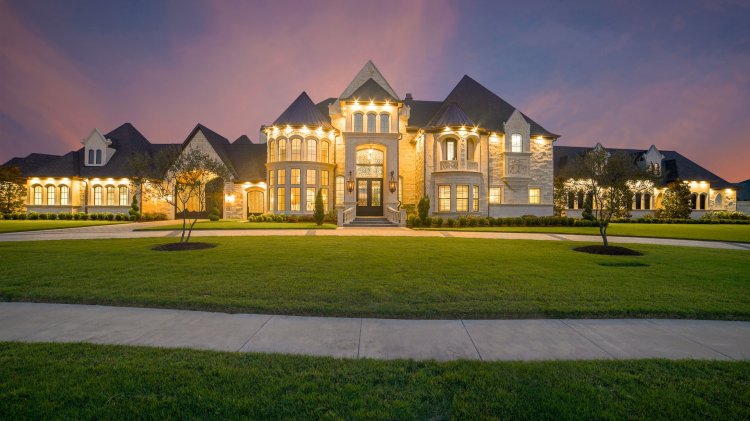 Photo by Daniel Barnes on Unsplash

Global real estate technology company Juwai IQI crunched the numbers to see how much the world's most iconic homes would be worth if they were for sale today. 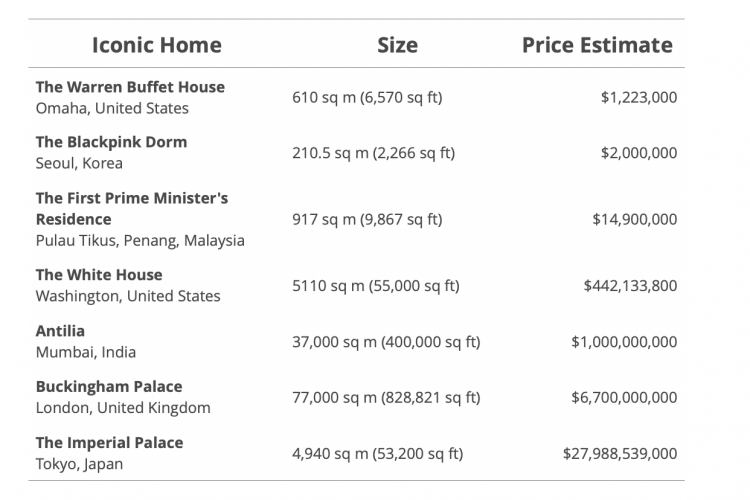 Chartered Valuation Surveyor Irhamy Ahmad of Irhamy International Valuers said, "We would have to inspect the properties professionally to obtain correct and professional valuations. A condition survey is conducted for any historical building to determine any obsolescence and replacement costs. Furthermore, a professional valuer also considers the appropriate economic weight of the property's country to be able to estimate the historical or sentimental value attached to the buildings."
Juwai IQI Group Co-Founder and CEO Kashif Ansari said:
"Royal families dominate the list of the world's most iconic homes because their palaces feature relatively large grounds and are located at the centre of major cities with high land values.
"There are three generally accepted methods of analysing a property. You can consider its replacement cost, the income it can produce, or the price of comparable properties. We have used the best available information to generate appropriate price estimates for each of the iconic homes in our report. 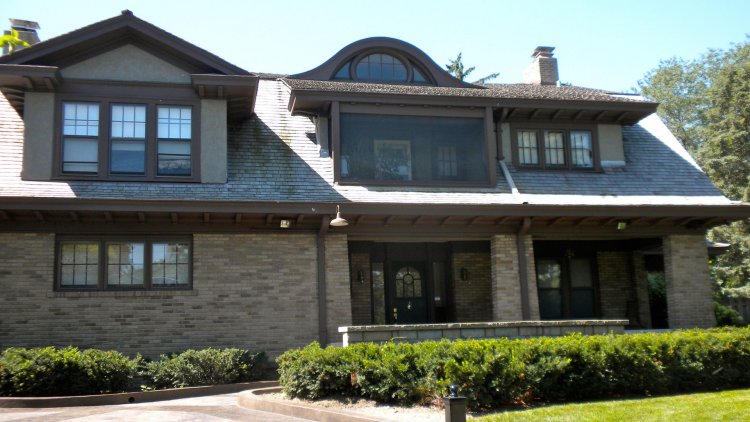 Credit:yahoo!finance - The Warren Buffet House
"The least expensive iconic home in our list in the world belongs to billionaire Warren Buffett. While Buffett is one of the world's ten wealthiest individuals, with a net worth as of 2 November of $104.1 billion, his home would not be out of place on any suburban American street. Most of the iconic homes on our list stand up for their ostentatiousness, but Buffett's is special due to its modesty. Buffett prefers his modest home to a palace, he says, 'because it's got memories.'
"Buffett paid just $31,500 in 1958 for his five-bedroom, two-and-a-half bathhouse. Compared to a typical asking price for a home near Buckingham Palace of $5,500 (£4,000) per square meter, Buffett's house is only worth about $15 per square meter (US$161 per square foot). It is easy to create a price estimate for Buffett's home because it is similar to other nearby houses, and the local county government has assessed it. At 540 square meters (5800 square feet), Buffett's house is one-third to one-quarter larger than the typical five-bedroom in the area. On the other hand, similar properties usually have four or five bathrooms, while Buffett has only two-point-five baths. Based on recent sales in the neighbourhood, we estimate Buffett's house is worth about $1.2 million. 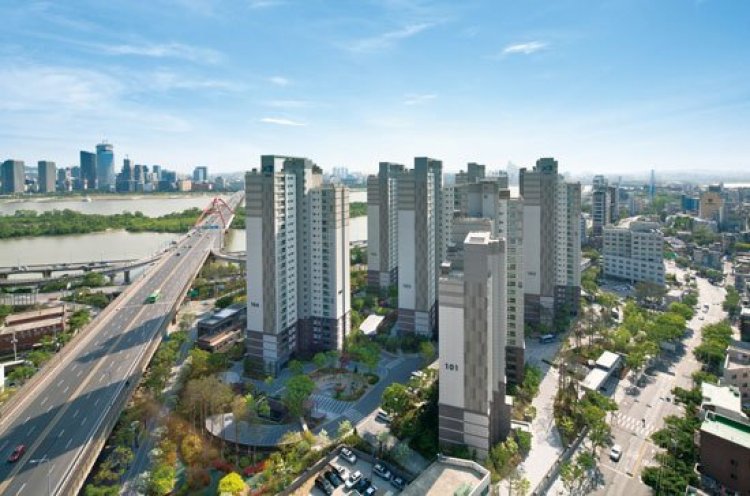 Credit:E-Daily - The Blackpink Dorm
"The Blackpink dorm is the second least expensive and the only apartment on our list of the world's most iconic homes. The Blackpink apartment is worth about twice Warren Buffett's house. According to an Instagram post by bandmember Lisa, the members of Blackpink have lived together for at least ten years.
"Their apartment is in Seoul's trendy district of Hapjeong and appears to be owned by their entertainment agency, YG Entertainment. If it were to be sold today, we would expect consideration to begin at $2 million, and the final sales price could be significantly higher. Four-bedroom apartments in the building have large bedrooms, a very spacious kitchen and living room and plenty of closets, but only two bathrooms.
"Blackpink is the highest-charting female Korean act on the Billboard Hot 100, the first Korean girl group to top the Billboard World Digital Song Sales chart three times, a Guinness World Record setter for the most-viewed music video within the first 24 hours of release, and the first Korean female band on Forbes' 30 Under 30 Asia. The Blackpink musicians each have a personal wealth of about $8 million today, according to published estimates. 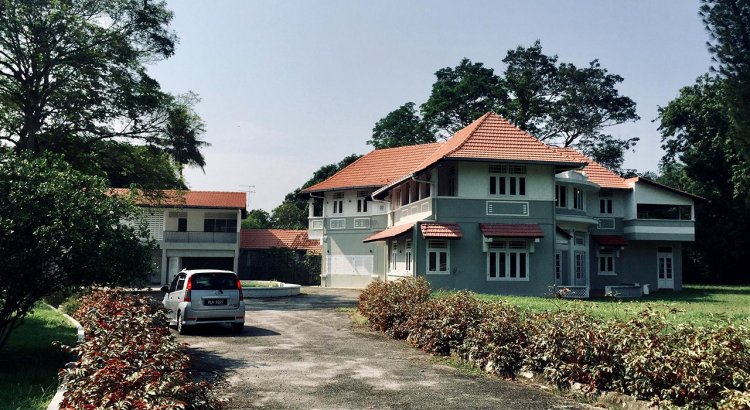 Credit: Penangpropertytalk.com - The First Malaysian Prime Minister's Residence
The George Town residence of Malaysia's first prime minister, Tunku Abdul Rahman Putra Al-Hajis a beautiful and spacious heritage home that sits on a large plot of land. The country's first Prime Minister's residence is 14-times more valuable than billionaire Warren Buffett's home.
"Our price estimate of $14.9 million (RM62 million) demonstrates the value this estate holds. That is also the price agents were asking earlier this year. A new owner could gorgeously restore the residence as a private home. With the right approvals, the next owner could redevelop it for use by a private school, luxury hotel, consulate, or museum. An owner might also subdivide and redevelop the land as six to 10 smaller homes, which is common in the area.
"This is an iconic Malaysian residence with so much intrinsic value."

Credit: royal.uk - The Buckingham Palace
"Despite being home to royalty since 1761, Buckingham Palace is only the second oldest iconic home in the world. A mansion was built in 1703 and later expanded to create the palace we see today. King George III was known to be mad, but his purchase of this house in 1761 proved a sane decision. Over the years, it has become the most potent symbol of British monarchy and culture and the second most-valuable iconic home in the world.
"Despite being extremely expensive, the Palace comes with a low tax bill due to its location. The Queen pays less council tax to live in Buckingham Palace than a typical family in a small suburban semi.
"The Palace's on-site accommodations include 775 rooms, 240 bedrooms, 52 grand bedrooms, 19 staterooms, 78 bathrooms and a 42-acre royal garden with a three-acre lake and swimming pool. The Palace also features a post office, doctor's office, and jeweller's workshop. As a British estate agent points out, the palace is superbly located close to Victoria mainline station and to St James' Park, Hyde Park, and the West End.
"Our estimate is that Buckingham Palace could reasonably fetch upwards of $6.7 billion (£4.9 billion) were it to go onto the market today. 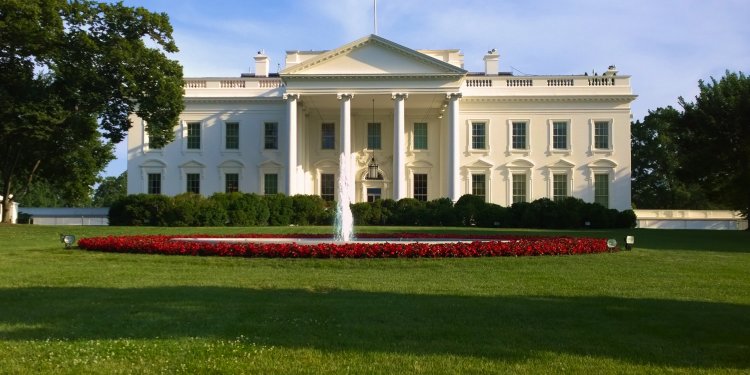 Credit: whitehouse.gov - The White House
"The home of American presidents is arguably as iconic as Buckingham Palace but worth much less, at $442 million. Ironically, the British burned it down less than a decade after the first White House was built in the early 1800s.
"The White House comes with one unmatchable and entirely unique amenity. It is the only house in the world pictured on the back of the American $20 bill. The residence also boasts impressive security features, including a dedicated team of secret service agents, bulletproof windows, above and below-ground infrared laser detection system, a collision-proof and pressure-sensitive fence, and protection against air attack from multiple surface-to-air missile launchers located around the capital.
"The residence is extensive, with 132 rooms, 35 bathrooms, 412 doors, 28 fireplaces, eight staircases, three elevators, bowling alley, movie theatre, swimming pool, workout room, running track, tennis court, and dentist's office. 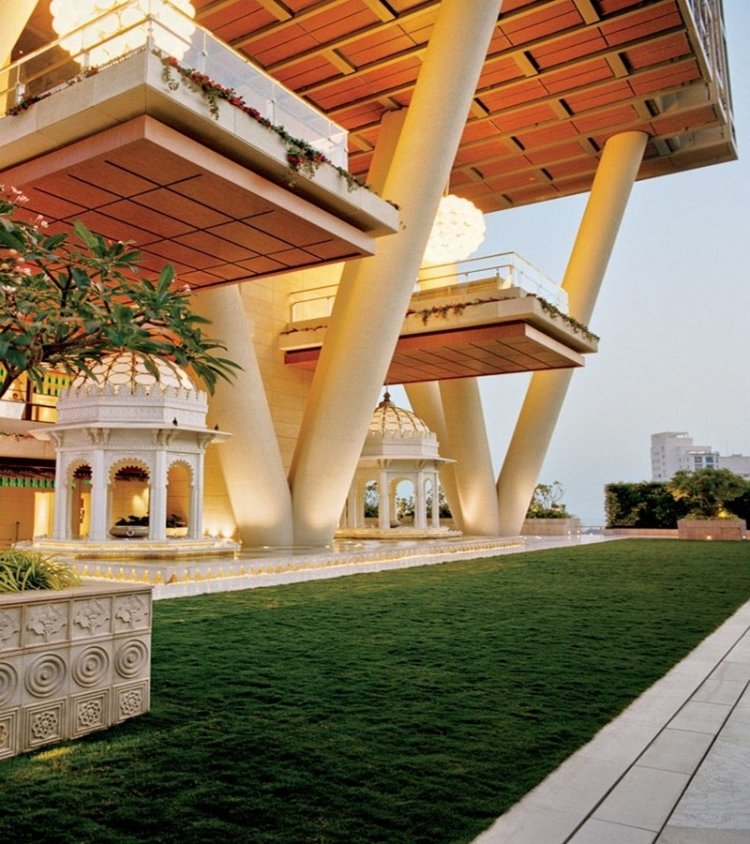 Credit:www.architecturaldigest.in- Antilia Home
"With a $1 billion construction cost, this high-rise single-family home in Mumbai is the most expensive private residence ever built. Fittingly, it is located in a neighbourhood known as Mumbai's 'billionaire's row.' The home was built by billionaire Mukesh Ambani and his family.
"At 27 stories tall, it contains more than 37,000 square metres (400,000 sq ft) of space and features amenities such as nine high-speed elevators, three helipads, and air traffic control. Antilia also includes a 168-car garage, ballroom, 50-seat theatre, hanging gardens, swimming pool, spa, health centre, a temple, and a snow room.
"Antilia is named after a legendary island once believed to be in the Atlantic Ocean, west of Spain and Portugal. 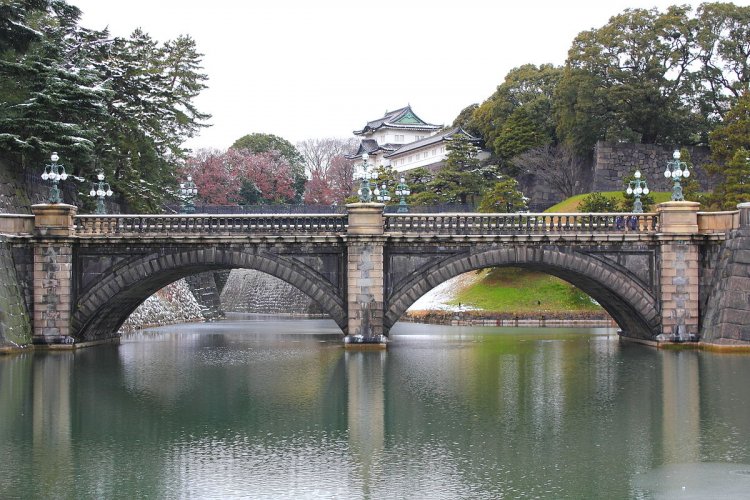 Credit: wikipedia - The Imperial Palace
"The Imperial Palace in Tokyo is the oldest truly iconic home on earth and dates back to 1457 when the original Edo Castle went up on the site. The Palace grounds host both modern and ancient structures, including imperial residences, ancient gates and watchtowers, administrative buildings, museums, a music hall, parklands, and more.
"When Tokyo land prices were at their height in the 1980s, the Japanese Imperial Family's palace and its grounds were considered more valuable than the entire American state of California. Today, because of its historical significance and extensive grounds in the centre of one of the world's most expensive and densely built cities, it is still wildly pricey at $27,988,539,000.

5 Things You Need to Know About China's Futures Market

The Rise Of Digital Transformation Due To The Pandemic ...

The Marketing Micro Trends That Will Shape Malaysia in ...

Facing Up To Rozella Marie Mahjrin