The pandemic has infected more than 195 million people 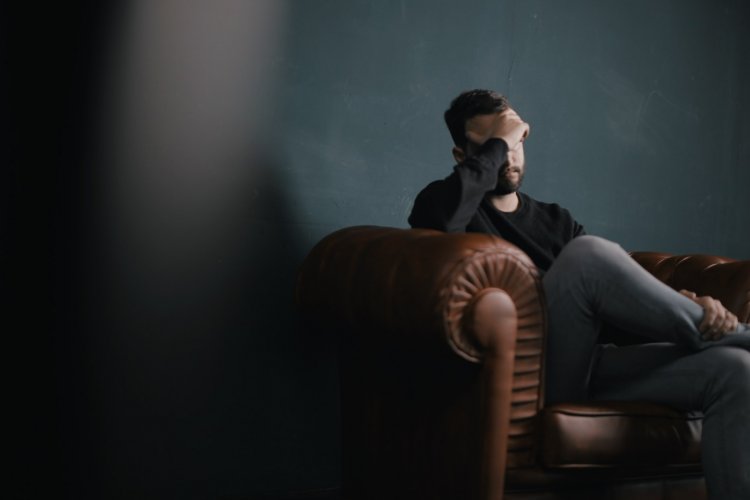 To this date, the pandemic has infected more than 195 million people and taken the lives of more than 4 million of them. It’s still taking a huge toll on the world economy. These are just its obvious aftermath.

The coronavirus has affected (and will continue to affect) a large group of victims that may not be in plain sight. These victims are the people struggling to cope with the emotional and mental effects of the pandemic.

Just how much did the pandemic affect an entire region’s mental health?

Thus, the pandemic seems to be taking more lives than what’s recorded.

In line with this tragic phenomenon, Southeast Asia’s leading e-commerce aggregator iPrice Group conducted a study to shed light on the region’s demand for mental health services and products.

Indonesia, the Philippines, and Malaysia had the highest surge in Google searches for mental health services in the first five months of 2021 compared to the same period in 2019. The three countries’ searches increased by 231%, 128%, and 109% respectively. Indonesia and the Philippines also had the highest increase in the first year of the pandemic (80% and 44% respectively) and continued to grow further as the coronavirus continues to spread.

Although Thailand, Singapore, and Vietnam have the lowest increase in mental health-related searches, all three countries still experienced a notable surge of 25%, 41%, and 61% respectively.

This may be a cause for concern, particularly for Thailand since they have an alarming suicide rate. The country’s lower search volume for mental health services may indicate that Thai people aren’t seeking treatment as much as they should. The figure confirms that there is still a stigma against mental health among the Thai people. It’s vital (and will be even more so in the future) for governments to give attention to the demands for mental healthcare. 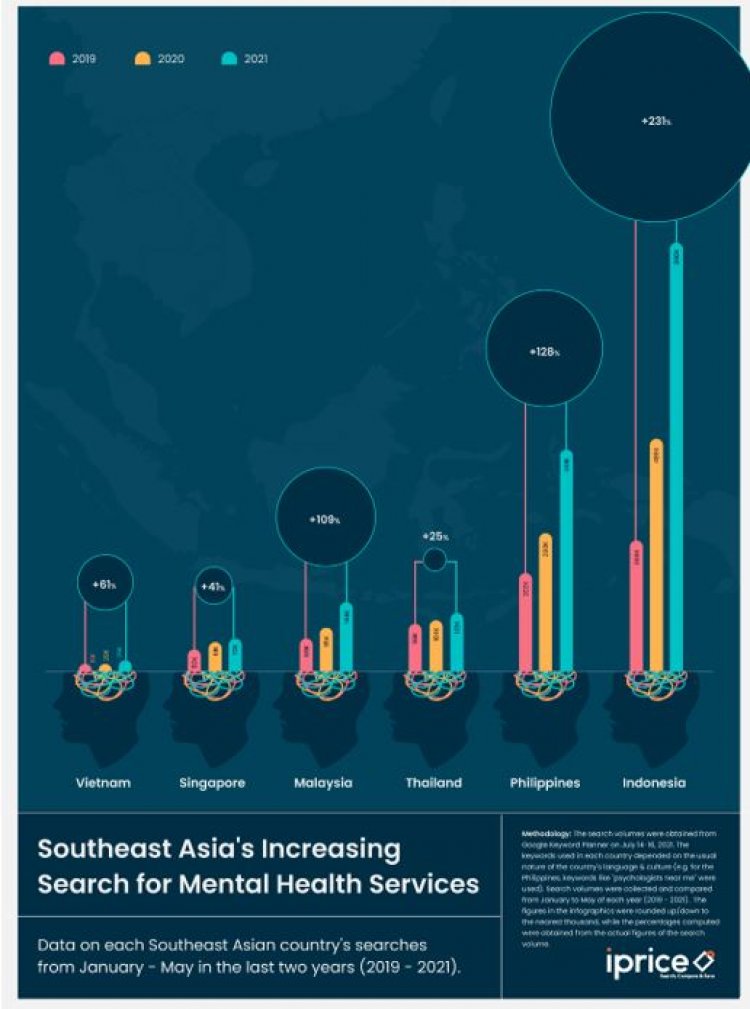 Southeast Asians have turned to DIY methods since mental healthcare can be expensive, and even somewhat taboo or inaccessible for some. iPrice also recorded surges in searches for (1) products that are popularly known to reduce stress and anxiety, and (2) apps that promote and aid mental healthcare.

In the Philippines, searches for scented candles increased by a whopping 348% after comparing the first five months of 2020 with the same period in 2019. Trendy items like weighted blankets, essential oils, and therapy lamps all increased by 273%, 155%, and 139% respectively.

Back & neck massagers, adult coloring books, and herbal tea also experienced a surge of 112%, 99%, and 97% each. Collectively, Filipinos’ search for all the mental health-related items mentioned increased by 151%.

Vietnam, Malaysia, and Singapore’s searches for all these items collectively rocketed as well, resulting in an increase of 77%, 46%, and 45% respectively. Back and neck massagers seem to have the highest increase in interest for Malaysia and Singapore, while scented candles and therapy lamps seem to gain more of Vietnam’s.

Recently, Verywell Mind came up with a list of the best mental health apps in 2021. Using this list, iPrice determined the increase of Southeast Asia’s interest in these apps. The Philippines saw a 174% increase of interest in these apps, with meditation app Headspace taking the highest amount of interest. Talkspace, on the other hand, experienced the most increase (192%) in searches compared to the others.

Similarly, Malaysia and Singapore’s searches for these apps experienced an increase of 108% and 106% respectively. According to the total searches, Headspace and Talkspace were also the most popular apps in both countries.

It’s likely that a “mental health epidemic” is succeeding the coronavirus pandemic, given the data above. The alarming increase of suicide rates and interest in mental health-related services and products are glaring indicators of Southeast Asians’ declining mental state. It is now up to the region’s governments and healthcare services to take heed of these figures because a life lost to suicide is one too many.

The Rise Of Digital Transformation Due To The Pandemic In Key Asian Markets.

70% Of Live Stream Purchases In Singapore Are Food-Rela...