The region’s internet economy is projected to reach $360 billion by 2025, an upward revision from the previous $300 billion forecasts. 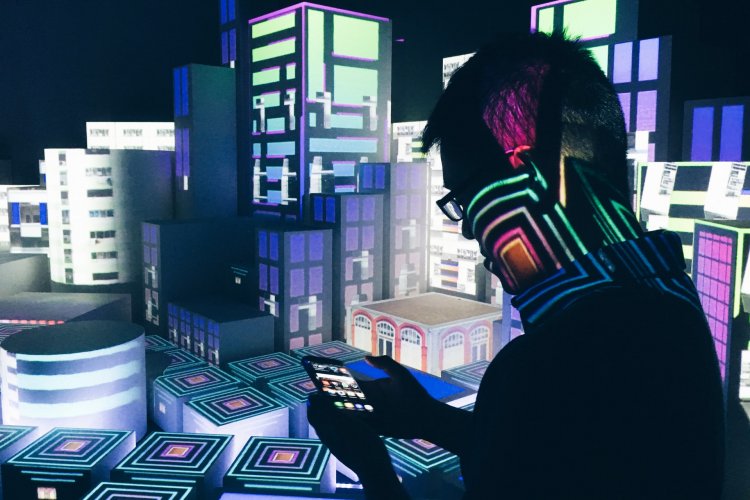 Photo by Kelvin Han on Unsplash

60 million new digital consumers added since the pandemic began; 20 million of them in H12021.

Funding hit an all-time high with $11.5 billion invested during the first half of 2021; 11 consumer technology unicorns were added in 2021, taking the total to 23.

Google, Temasek and Bain & Company released the sixth edition of the e-Conomy Southeast Asia (SEA) Report - Roaring 20’s: The SEA Digital Decade. Providing a ten-year outlook for the first time, the report highlights that the region is on the path to becoming a $1 trillion digital economy by 2030. Propelled by a fast-growing base of digital consumers and merchants, acceleration in e-commerce and food delivery, SEA is estimated to reach $174 billion in GMV by the end of 2021. This region’s digital economy is further expected to reach ~$360 billion by 2025, outgrowing the earlier projection of $300 billion.

The report states that SEA is entering its ‘digital decade’ as the internet increasingly becomes an integral part of consumers’ daily lives. The region now has more than 440 million internet users, and importantly, 350 million of them, or about 80%, are digital consumers, i.e. internet users who have bought at least one online service. Since the pandemic began, SEA has added 60 million new digital consumers, of which 20 million joined in the first half of 2021 alone. Catalysed by the pandemic, existing digital consumers ventured further into online services, and started buying services in four new verticals since the outbreak began. Existing users are also relying more on digital services and spending more across most verticals. This increased adoption of digital services is showing no signs of reversal, as 9 in 10 new users in 2020 continue to use them in 2021.

The report’s inaugural section on Southeast Asia’s small and medium enterprises, or digital merchants,   shows that these enterprises have turned to digital platforms to survive the pandemic. Digital financial services emerged as critical enablers, with over 90% of digital merchants now accepting payments digitally. In the next five years, 8 in 10 of those merchants anticipate more than half of their supply purchases and sales will come from online sources.

The annual e-Conomy SEA Report sheds light on the internet economy in the region, covering Indonesia, Malaysia, the Philippines, Singapore, Thailand and Vietnam. The report dives into trends across five leading sectors ‒ e-commerce, online media, transport & food, online travel and digital financial services and two nascent sectors - healthtech and edtech. The report also reviews the tech investment landscape across the region and reveals what investors are looking for in the current environment.

Here are some key insights from this year’s report:

E-commerce is expected to propel the SEA internet economy forward in the next decade. In a strong lead-up to 2030, e-commerce GMV could exceed $120 billion by the end of 2021 (a near doubling from 2020) with the potential to reach $234 billion by 2025. The food delivery sector emerged as a bright spot, growing 33% y-o-y to reach $12 billion in GMV. It has now become the most penetrated digital service, with 71% of all internet users ordering meals online at least once.

While online travel growth remains muted, it is likely to see a recovery in the medium-to-long term, driven by pent-up demand and vaccination progress. Online media witnessed a healthy 32% growth to $22 billion in 2021. In particular, the pandemic ushered in a new generation of gamers, bringing with them a willingness to spend.

In 2021, all the countries covered in the report experienced strong, double-digit growth. Indonesia contributed 40% of the region's total GMV at $70 billion; while the Philippines led with an impressive 93% growth to become a $17 billion digital economy.

2. A new wave of digital merchants, propelled by the pandemic

1 in 3 digital merchants believes that they would not have survived the pandemic without going online. The research found that 60% use digital tools to enhance operational and back-office productivity, while 90% accept digital payments. Going forward, digital lending services are likely to grow due to an appetite for consumer financing options and supply chain financing. While digital merchants recognise the positive impact of online platforms such as job creation and business opportunities, long-term profitability remains a top concern.

Since the pandemic began, digital financial services have seen healthy growth, specifically in the adoption of e-wallets and A2A (account-to-account), fuelled by both merchant adoption and consumer usage.

By 2025, digital payments are forecasted to reach over $1.1 trillion in gross transaction value (GTV), up from a forecast of $707 billion in 2021. Digital lending could see a 50% increase in outstanding balance from $26 billion in 2020 to $39 billion in 2021, led by a rebound in lending appetite and growth in usage of buy-now-pay-later services.

4. Funding resurgence and the race to Initial Public Offerings (IPOs)

Investments in SEA’s internet economy are expected to reach an all-time high in 2021. Deal value came up to $11.5 billion in the first half of the year, surpassing the $11.6 billion for the entire 2020. Investors see SEA as a lucrative investment destination for the long-term, especially in sectors such as e-commerce and digital financial services, which continue to attract the majority of investments (more than 60% of deal value). Increased deal activity and larger valuations that led to bigger funding rounds have spurred the induction of 11 new consumer technology unicorns in 2021, bringing the total number to 23. More tech companies are exploring IPOs as viable pathways to raise capital or allow early investors to monetise their holdings, especially in view of strong valuations and novel listing approaches such as special purpose acquisition companies (SPACs).

Healthtech and edtech continue to be nascent sectors to watch. Healthtech is seeing strong investor interest as consumers are increasingly embracing convenience and accessibility. While edtech has shown healthy growth potential, many investors are taking a ‘wait and see' stance, as scalability remains unclear.

6. Drivers and enablers of a $1 trillion GMV internet economy

"The phenomenal growth we see in Southeast Asia reinforces our view that the region will define the future of global digital ecosystems. Google’s commitment is to shape a digital decade for everyone in Southeast Asia, playing our role in creating equitable and responsible growth for the region to achieve its potential of $1 trillion in GMV by 2030. We’ll continue to build for the future of the internet in this region, ensure equitable growth for all workers and businesses, and provide inclusive and safe access for online communities," said Stephanie Davis, Vice President, Google Southeast Asia.

“The pandemic has led to accelerated and enduring digital adoption in Southeast Asia, which has propelled its internet economy to new heights. Temasek looks forward to increasing our investments in the region’s digital champions, using our capital to catalyse solutions and growth that will enable these companies to take maximum advantage of the digital decade,” said Rohit Sipahimalani, Chief Investment Strategist; Head, South East Asia, Temasek.

“It is clear that Southeast Asia’s internet economy has rebuilt tremendous growth momentum. GMV has increased 49% year-on-year, as a seismic consumer and ecosystem shifts accelerated by Covid, continue to drive a massive digital adoption spurt for everything from online shopping and food delivery to digital payments and digital lending,” said Florian Hoppe, Partner and Head of Digital Practice in Asia-Pacific, Bain & Company. “The region has generated tremendous investor interest over the past two years, and we believe the ‘roaring 20s’ will really put Southeast Asia’s internet economy on the global map, as it charts a unique growth path and reshapes all industry sectors in the region. Managing this growth sustainably in the interest of all stakeholders will be a key mission for all ecosystem participants."

The internet economy in Singapore has seen a rebound in 2021 and is expected to grow by 35% from $11 billion in 2020 to $15 billion, and with the potential to reach $27 billion in 2025. Two-thirds of GMV growth is led by e-commerce which grew 106% year-on-year. Overall, Singapore has the highest proportion of digital consumers out of all internet users at 97%, as compared to the region’s average of 80%. Its digital merchants are also more inclined to deepen usage of digital services.

Travel is showing early signs of recovery, with a 28% increase from $1.8 billion in 2020 to $2.3 billion in 2021, boosted by the gradual easing of restrictions such as Vaccinated Travel Lanes (VTLs). On the day Singapore announced VTLs with Germany and Brunei, search trends for Germany jumped 700%.

Investor interest also recovered as the region’s deal value reached $4.3 billion in the first half of 2021 due to the interest in SPACs and the government’s focus on making Singapore the listing destination of choice.

Commenting on Singapore’s digital economy, Stephanie Davis said, “The continued growth of the internet economy has given rise to a new set of opportunities in Southeast Asia. Singapore is well-positioned to be a role model for Southeast Asian countries in preparing its talent, SMEs and start-ups for the digital decade. We want to continue empowering Singaporeans today, for tomorrow by investing in digital skills to help people take on jobs of the future and support local businesses in capturing digital opportunities.”

Rohit Sipahimalani added, “As a gateway for funding and talent, and an attractive tech hub, Singapore will continue to play an integral role in driving growth in the region’s internet economy. Efforts by the public and private sectors to foster innovation, build infrastructure and develop talent, put Singapore in good stead to nurture future tech champions.”

“Singapore’s internet economy demonstrates long-term resilience and has emerged stronger after a contraction in 2020. While we predict tremendous headroom for growth in the digital decade ahead, Singapore must lead and map the growth pathways as a leader in digital innovation for the region,” said Florian Hoppe. “We believe increasing penetration of digital financial services and corresponding infrastructure, continued investments in last-mile logistics, coupled with the ubiquitous access to the internet and structural shifts in consumer and SME behaviours will help uplift and sustain today’s thriving regional economies.”

Malaysian Youths Have Hope For A Better Post-Pandemic F...