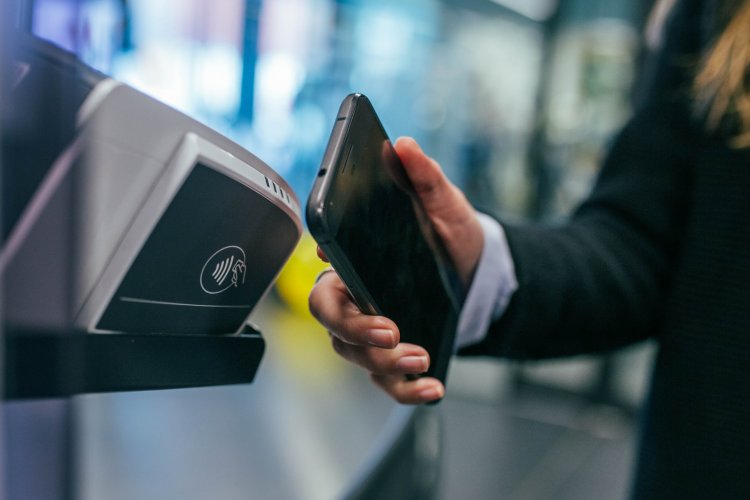 Boku, a fintech pioneering the world's first global mobile payments network, has released its 2021 Mobile Wallets Report in partnership with digital technology analyst house Juniper Research, which provides insight into mobile wallet adoption and use in leading markets across the globe. In 2019, mobile wallets overtook credit cards to become the most widely used payment type globally and the shift to online driven by the pandemic has accelerated adoption. Mobile wallets use is growing rapidly across the world with emerging markets leading the way.

Mobile wallet use will grow by 311% between 2020-2025, reaching up 439.7 million wallets in use across Indonesia, Malaysia, the Philippines, Singapore, Thailand, and Vietnam from 141.1 million in 2020. The rise in e-Commerce and the dominance of super-apps like Grab and Gojek, particularly in markets like the Philippines and Indonesia, is driving accelerated mobile wallet adoption.

- China reaches maturity but Japan, Korea, and Taiwan are set for hyper-growth

The Far East and China continue to be the largest mobile wallet region in the world with 1.34bn users in 2020. Market saturation is resulting in slowing growth in China with a CAGR of just 2.2% per year. Meanwhile, markets including Japan, Korea and Taiwan will continue to see accelerated adoption of mobile wallets with 98.4% market penetration by 2025.

The second-biggest mobile wallet market is set to grow by 147% between 2020-2025. This is driven by expanded usage of mobile money services such as M-Pesa which are increasingly offering additional services such as access to eCommerce.

- Latin American growth is being supercharged by eCommerce

This region is set to increase mobile wallet used by 166% between 2020-2025. Long-held back by consumers' preference for cash-based payments and comparatively lower smartphone penetration, this is fast-changing, and the region's eCommerce growth is supercharging mobile wallet use.

With 65% growth in Western Europe and 50% in North America by 2025, these regions will see the least amount of mobile wallet growth in the next five years. However, markets such as the UK are seeing a rise in card-based mobile wallets due to the adoption of contactless spurred on by the pandemic and shift towards cashlessness.

"While mobile wallets are being used on a global basis, we see two distinct types being used today. One is card-based mobile wallets, like Apple Pay and Google Pay, which provide an easier way to pay with cards people already have. The other is stored value mobile wallets, like AliPay and GrabPay, that enable consumers to transact with digital cash and are popular in emerging markets with fast-growing e-commerce sectors," said Adam Lee, Chief Product Officer at Boku. "The markets that are set to grow the fastest are those with the lowest levels of card penetration, stored value wallets are thriving. In North America and Western Europe, which are dominated by card-based mobile wallets, we are seeing the slowest growth in mobile wallet adoption, as the technology provides merely incremental benefit."

"We are seeing a clear bifurcation in the market between card-based mobile wallets in developed markets and stored value mobile wallets that are ubiquitous in Asia and rapidly growing in all emerging markets," concluded Lee.

"Southeast Asia is one of the most rapidly digitalizing regions in the world. In 2020, the region added 400 million new internet users, with 70% of the region now online. Together with consumption trends brought about due to lockdowns during the pandemic, that has led to a familiarity with e-Commerce and an exponential rise in mobile wallet use," said Loke Hwee Wong, Vice President and General Manager, APAC at Boku. "This is also because the region was heavily dependent on cash and bank transfer before mobile wallet use, and the convenience and accessibility, especially with stored value mobile wallets, will see Southeast Asia leapfrog the rest of the world in mobile payment adoption."

"We are witnessing a paradigm shift in payments driven by mobile wallets. Mobile wallets have lowered the barrier to making digital payments and in parallel ushered billions of new consumers into eCommerce. These consumers are not in North America or Western Europe, they are in emerging markets, and while they don't have credit cards, they overwhelmingly have mobile wallets," said Jon Prideaux, CEO at Boku. "For global merchants, mobile payment acceptance is not about accepting one type of mobile wallet or another, but ensuring that consumers in every market will have the required selection on payment types in order to monetize transactions."

Other insights from the Southeast Asian region include:

2. Malaysia's mobile payment adoption is behind other Southeast Asian countries currently, at a 31.7% penetration rate, but is poised for hyper-growth over the next five years to 93.9%.

As part of the Mobile Payments Report 2021, Boku also conducted an in-depth consumer survey of 1035 respondents in Indonesia, during May 2021, which showed that:

1. Consumers use an average of 3.2 wallets in use per respondent, one of the highest in the world after India. The top reason for using more than one type of mobile wallet included different wallets giving different benefits (63%).

2. Cash was the payment type that is most in use prior to mobile wallets (at 66%), followed by bank transfers (63%) and debit cards (44%), which can likely be attributed to the extremely low credit card penetration rate in Indonesia.

Keeping On The Pulse Of The Cultural Zeitgeist: How Soc...

Robotics In Hospitality: How Will It Impact Guest Exper...