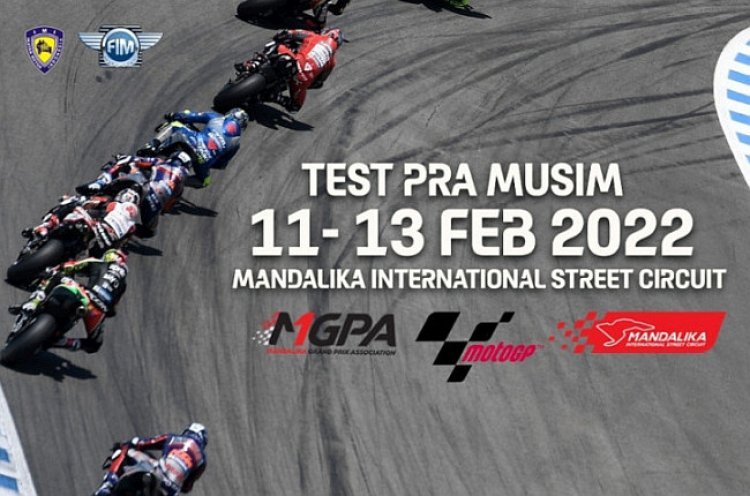 "It is an honor for the Mandalika circuit, and for Indonesia, to be able to serve as a location for the pre-season test in 2022," Harinto told ANTARA on Saturday.

Although counted as a new circuit, the Mandalika Circuit has also joined the World Superbike calendar as the host of the closing series on November 12-14 this year.

Harinto believes this is an extraordinary opportunity for Indonesia since not all countries can be trusted as locations for holding pre-season tests. Various aspects are tested during the pre-season test, starting from the physical racers, motorbikes, engines, chassis, tires, to clothes and helmets.

"Hence, basically everything is being tested from drivers to test technicians, so later standardization or technological specifications will be applied during the 2022 racing season," he stated. Most importantly, all MotoGP riders along with manufacturers and partners will come to the Mandalika circuit, he remarked.

Harinto noted that this is an Indonesian automotive asset that will attract the world's attention. Indonesia should be able to take a cue from the automotive industries of other countries.

"Hopefully, the future of Indonesia's automotive industry will be brighter," he emphasized. "This is an encouragement not only for the automotive but also the tourism industry. We should package and manage the presence of a MotoGP class world event properly."

Prior to Mandalika, MotoGP had scheduled a pre-season test at the Sepang International Circuit in Malaysia on February 5-6. The shakedown test session will also be held from January 31 to February 2 in Sepang, with attendees comprising test riders and rookies.

After testing the latest motorcycle package in Malaysia, the racers will head to Lombok, West Nusa Tenggara (NTB).