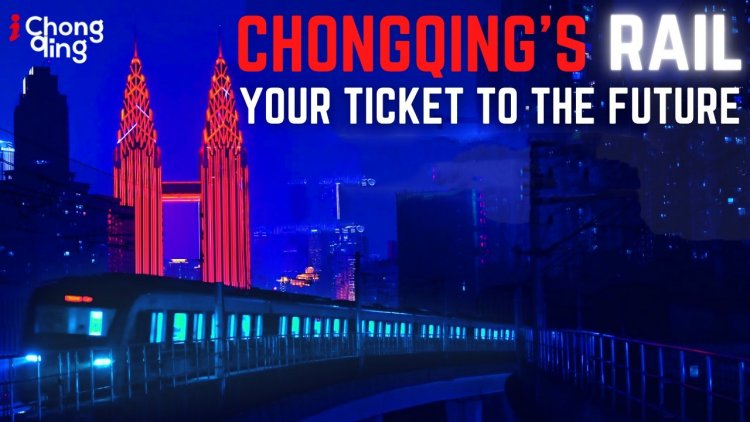 The 6 minutes video brings you to the fancy railway networks in Chongqing, SW. China.

Located in Southwest China, Chongqing is one of the world's largest municipalities, with a population of over 20 million in the metropolitan area, which is surely enough to make anyone sit up and take notice. Chongqing's rail network connects millions of daily riders, creating new cities surrounding its stations, which is a typical story of the city's development in China.

This 3D transportation grid zigzags across Chongqing's mountainous landscape. The masterminds behind these sprawling subway lines have had to deal with mountains, rivers and many challenging terrains. Where large mountains once stood in the way, the people have now pushed through with deep tunnels and high overpasses along the vast landscape.

Chongqing has the world's largest monorail equipment manufacturing base. Line 3 is the longest monorail line in the world, with a length of 67.09KM. The most famous mind-boggling monorail route in Chongqing is the world-famous Line 2, and the Liziba Station on Line 2 is an engineering masterpiece, where the monorail passes through a 19-story building. In fact, the building and station were built at the same time. Chongqing's monorails technology no longer requires any outside expertise. It's 95% locally patented.

Type AS subway train is also a local feature of Chongqing, which meets the needs of mountain climbing and small turning radius, with a capacity of 2322, some type AS trains have AC/DC dual pantographs, which can match the power supply system of different lines and reach a speed of 140Km/h.

In terms of efficiency, Express Train is also the first application in the country, which is able to cross between several specified lines via the interconnection system.

Chongqing's rail transit infrastructure is mainly carried out in Chongqing's metropolitan area, The metropolitan area covers an area of 28,700 square kilometres, with a population of 20.27 million and an economic aggregate of 1.8 trillion yuan, constituting the core carrier of Chongqing as a national central city.

Chongqing is building a "one-hour commuter circle," which includes suburban railways, intercity railways and national railways, in addition to monorails and subways, totalling more than 6,000 kilometres.