Facing Up To Rozella Marie Mahjrin 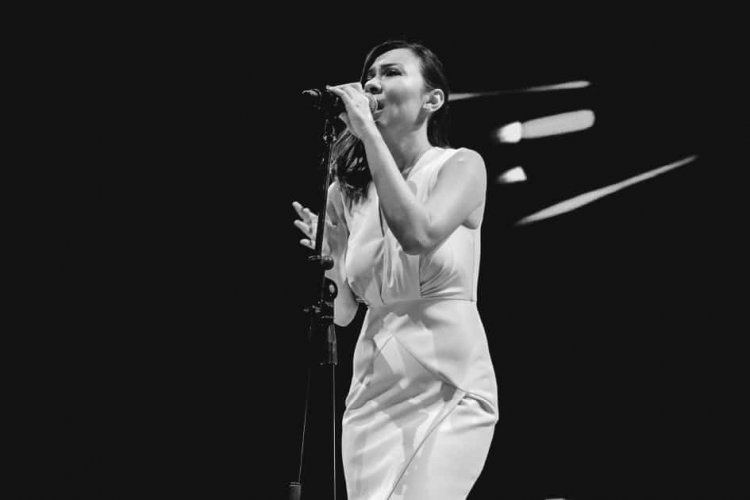 The name given was Rozella Marie Mahjrin, a UK born but always have been a Malaysian girl at heart. She is also the founder of True Complexion and a song-writer. She found her passion through True Complexion where she makes a collection of stories about people dealing and overcoming their self-esteem. Rozella sure does touch many hearts by her inspiring stories.

While growing up, Rozella was a very timid, shy and a quiet little girl. She shared that her childhood was quiet where she spent a lot of time in her bedroom by reading, writing, and listening to music. As calming as it sounds, that’s how she got the inspiration to be a singer and a songwriter. She enjoyed her quality time so much, where her favourite place to be as a child was actually her room. Apart from that, Rozella really likes to be in her bedroom because that’s the only place where she would feel safe because whenever she’s out of her house, she doesn’t feel comfortable.

Even though she was very timid and shy, she was involved in clubs when she was still in both high school and primary school. She joined the interact club and she played netball and all-rounders as well.

Just like every other child, she too had a dream job. Despite being shy, she had always wanted to do music her whole life. She then realized that she has to step out of her comfort zone and just do what she wants in her life. Her shyness then did not stop her from achieving her dream and yet it brought her to where she is now.

As a little girl, she had always looked up to her sister. For Rozella, her sister was her role model while she was growing up. “I would always want to look like her, listen to the songs she’s listening to, and even follow the way she dressed,” she says.

Just like everyone else, Rozella said her greatest regret was not starting to do what she wanted to do earlier in life. Because of her timidness, she finally stepped out from her comfort zone and started to do music at the age of 27. Rozella says “ just go for it if you want to do something because, at the end of the day, your life is for you”. She wished she would have started things earlier.

Rozella had amazing hobbies when she was still a little girl. She loves music so much that she started to write songs at an early age. Besides that, she collected CDs and did read a lot. Music has touched her soul that she feels the drive to do it.

As personal as it gets, when she was 5 years old, Rozella shares that her major turning point in life was when she started being aware that she is different from other people that she has to keep that in mind and that made her very insecure while growing up.

Her earliest memory is still fresh in her mind. When she was a kid, she went to spend holidays with her family in the UK since most of her mom’s side were staying there. She remembered that her late grandfather pampered her and bought her candies whenever she threw tantrums. That was her earliest and clearest memory that she could remember which made her so happy because she gets to spend some time with her beloved grandfather before his passing.

As for Rozella’s appearance, she has always been a shy person and many do not know one significant thing about her. She likes to take “success revenge” on people who did not believe in her. To her, if people keep telling her that she can’t do it, it will give her the spirit to prove them wrong. In other words, she likes to challenge herself for the better.

Rozella describes herself as quiet, introverted and creative. That is what makes her unique because she has all different combinations as an individual. When asking what advice she would give to her younger self, she said graciously “your value is not determined by other people, it’s determined by yourself & never allow other people to define who you are. Be brave, it’s okay. Take a chance of yourself because it’s going to be worth it”. That surely does give a strong message.

Rozella sure has her “person” to go to if she needs to seek advice. Usually, it’s her close friends, therapist and also her dad that she would pour her heart out. She feels that she can depend on them because these are the people that understand her better.

Rozella’s major turning point in life changed when she became an adult. She had the courage to do music like how she has always wanted to do music since she was young but she was skating on thin ice.

In addition, on rainy days she would curl up in bed and sleep because according to her, there’s something comforting about it and she would make a hot tea and watch Netflix otherwise. Rozella also claimed herself as “street smart”, both pessimist and optimist and also introverted.

“I want to feel that I have done everything in my life that I could. I push myself especially when I’m scared and I want to make sure that I’m doing a hard thing when I am afraid too”. Rozella’s energy is as chirpy as the cricket when it comes to challenging herself.

Like any other people, she has the biggest flaw and strength too. Her biggest flaw is she is too afraid of what other people may think about her and that led to why she was a home person since she was a girl. Though her appearance is timid and shy, Rozella sure is a strong individual inside. Her mindset and determination are what keeps her going. “When push comes to shove, you have to get yourself together,” she says.

True Complexion is one of her biggest achievements that she feels beyond herself. She wants True Complexion to touch people’s hearts and impact them as well. Though at times she found it hard to stand up for the things she believed in, she always tried to aim higher and fight through it.

“When it comes to power, it can be so superficial. Everyone can go for the money, title and success but is that really what makes you happy on the inside?” She says how power could approach one mindset. “It is all about you being true to yourself”, she added.

When it comes to a moral compass, Rozella said she was taught by society, parents, school, religion about what true moral is. This strong and independent woman says she would go with her guts feeling even though it is not accepted by society.

Her biggest motivation in life has got to be her younger self. Looking back as a child, she was insecure with the way she looked, which had caused her to have several disorders like depression and anxiety. She struggled a lot as a kid and everything that she does now is for that little girl and she pushed herself as she didn’t want to let her younger self feel down. She didn’t do this only for her but for other little girls and boys who are facing the same thing as she did as well. She hopes that True Complexion would inspire others and she wants people to know that it is okay to be different.

Her Rise Story #MyWellness UnConference is jointly organized by Ministry Of Marketing.Asia, Association of Malaysian Spas (AMSPA) and Tourism Malaysia in conjunction with the World Wellness Weekend 2020. For more information, visit www.HerRiseStory.com.

Her Rise Story Is A Social Impact Brand Under Ministry Of Marketing.Asia, And We Help Businesses Activate Social Impact Initiatives As Profitable & Sustainable Marketing Tool. Visit Us At www.ministryofmarketing.asia To Know More!

Obsess Over Your Customers Not Your Competitors

The 5 Step Plan To A Winning Social Media Presence

This Is How Marketing Research Findings Promote Transl...

The Good, The Bad, And The Ugly Of Crisis Communication

To Sell or Rent: How to Market Your Properties In Malay...

It is done through the Safe and Sustainable Agriculture Fund Program (Dana Pandan)...

Waze for Cities &#8211; a two-way data share of publicly available information that...

The pandemic has clearly had a mixed impact on marketers

This is the award's fifth consecutive year in Indonesia.