Lutfi started as an Eskimi Country Manager in Bangladesh more than 2 years ago and has rapidly established Eskimi as a leading player in the market. 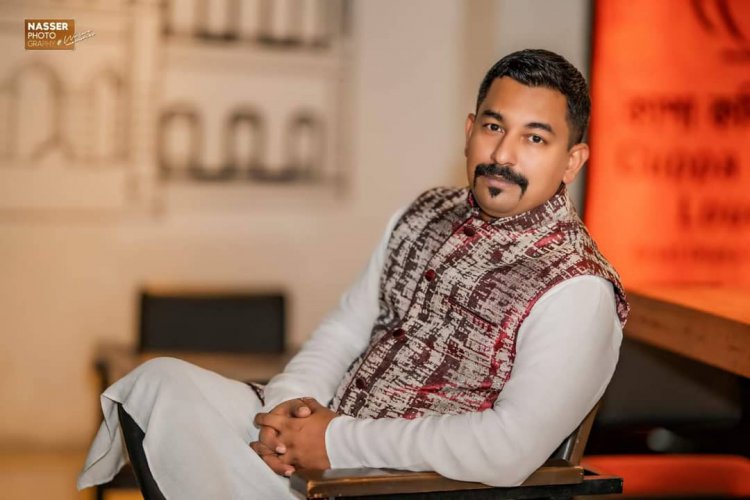 With another leap towards success, Lutfi Chowdhury, former Regional Head of Eskimi South Asia has now been appointed as the Managing Director of Eskimi. With this leap, he has also placed Bangladesh as the central hub of this global programmatic and demand-side platform with its presence in across 45 countries.

Eskimi, also known as Eskimi DSP, started its journey in Europe in 2002 and began its expansion in 2009. The programmatic business of Eskimi, however, kicked off from 2015 in Nigeria and they launched in Bangladesh in 2017. Lutfi Chowdhury, who then joined Eskimi DSP as the Country Manager had ensured the growth of the team in Bangladesh that soon landed him in the position of Regional Manager in February 2018 looking after the business and expansion in Bangladesh, Nepal, and Myanmar. Over the last 2 years the Bangladesh office began to act as the hub for Eskimi in South Asia and under the leadership of Lutfi Chowdhury, they expanded by hiring a bigger team to look into the core business and operations.

In August 2019, Lutfi Chowdhury, with his capabilities, has been appointed as the Managing Director of Eskimi DSP while Bangladesh branch has been recognized as the regional branch and now accommodates teams’ working with data, design, operations, finances and much more. To this success, Vytas Paukstys, Founder and CEO added how under Lutfi Chowdhury’s leadership Bangladesh has grown to become a very important business unit in Eskimi structure due to talented and hardworking team, growth opportunities and good regional positioning. He also states, “Lutfi started as an Eskimi Country Manager in Bangladesh more than 2 years ago and has rapidly established Eskimi as a leading player in the market. He quickly showed initiative and expanded the business to other countries and took the role of Regional Manager. Building a business requires a great combination of skills, being able to adapt to a changing environment and growth mindset. Lutfi has shown that he possesses these skills to be able to manage and grow the business and has naturally moved to the position of the Managing Director for the region.”

Now Managing Director at Eskimi DSP, Lutfi Chowdhury was previously involved with renowned data-driven ad networks like G&R and Wizards where he believes to have learned how important it is to educate the market on the value of data and data-driven campaigns. When asked about his journey with Eskimi so far, he responded how he enjoyed being involved in motivating the global growth of the company, “What drew me towards Eskimi was the idea behind an advanced product. I had previously been involved in educating the market and this was my chance to perform. The team is driven by the youth, we are growth-focused, our goals are realistic and our opinions valued. This is the mantra behind Eskimi’s growth.”

The current Country Manager, Joshua Prottoy, who was a part of the team since its inception in Bangladesh states, “I was the third member to join the Eskimi Bangladesh team. I have been very closely aligned with Lutfi from the very beginning which has given me the best opportunity to spectate his heart and soul effort towards the growth of Eskimi in the region. His ambition, vision, focus, and hunger to grow is the key motivation for our entire team. The guidance and mentorship of Lutfi have given me great opportunities to learn so many things about the market, industry, which has allowed me to cater myself personally as well as professionally.”

Bangladesh team is now spearheading Eskimi expansion into Nepal, Myanmar, Laos and Cambodia markets. Eskimi has established technical team and ad operations teams in Dhaka which they are planning to expand as well to support the overall business growth.

When asked about his message regarding the quick adaptation of data-driven campaigns by renowned brands and FMCGs, Lutfi Chowdhury mentioned, “We know the content is king, that is established, and data is the queen, and if you can connect these dots, you will realize that data scientist is who helps them win and makes digital marketing success. So, what a data right now is doing is delivering the right content, to the right people, at the right time.”

Critical Factors When Choosing A CMS