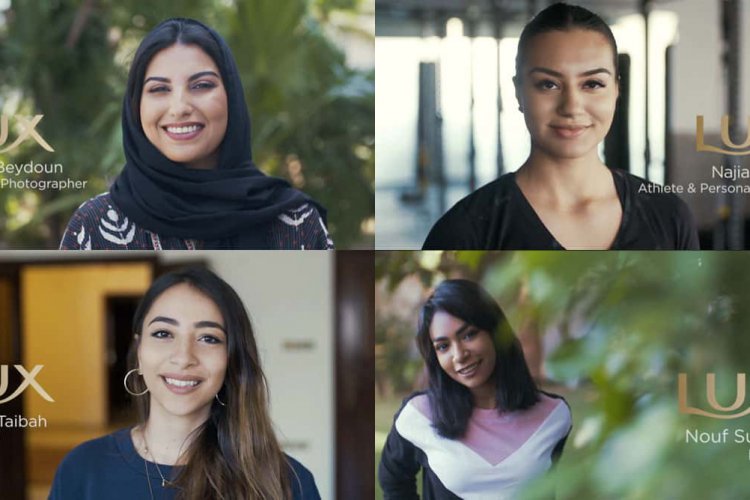 The Beauty & Personal care brand has launched a campaign to spotlight women from different lines of work, highlighting their talents and achievements to inspire women in Saudi Arabia to look up to female role models via Google Search results.

The genesis of Lux’s #IntoTheSpotlight campaign is based on the insight that whilst there has been a societal shift in Saudi Arabia in recent years, many women are still hesitant about embracing this newfound freedom due to the lack of female role models in the workforce. As of 2018, only 16% of the Saudi Arabian workforce was female. In comparison, the global average is close to 40%.

For example, when a user searches for “Photographers” in Saudi Arabia, the first Google Search result displayed is a link to Lux’s #IntoTheSpotlight campaign landing page hosted on https://miraa.me/????/ (Vice).The campaign landing page showcases accomplished women from different lines of work, highlighting their talents and achievements to inspire women in Saudi Arabia to look up to these female role models. As part of the campaign, Lux has also launched a series of videos showcasing inspiring stories and interviews with these women who have successfully established themselves in predominantly male-dominated industries. The first four videos in the series feature Fashion Photographer, Huda Beydoun, Personal Trainer, Najia Alfadl, Dentist, Nouf Sufyani and Creative, Sarah Taibah.

“We are excited to partner with Lux to do something tangible – disrupting the norm by putting women on top, and highlighting their achievements. It is a simple execution that raises the question of, ‘Why don’t we see many women in professional contexts?’, and follows it up with ‘Women can do it too,’, and this is only the first step to making a real difference in the societal landscape in Saudi Araba.” said Hinoti Joshi, Business Director (Global Lux) – J. Walter Thompson Singapore.“The aim was to bump women up the Search results in order to showcase inspiring stories of women who have entered male-dominated fields. By doing so, we hope that this will not only inspire other women to defy judgements, and enter these professions, but to also help to raise awareness amongst men.”  said Anne Radmacher, Global Brand VP, Lux – Unilever.

The campaign is part of Lux’s overall global strategy to launch its new brand purpose – Inspiring women to defy judgements and to dare to express their femininity unapologetically – in Saudi Arabia.

The Lux #IntoTheSpotlight campaign has been developed by J. Walter Thompson Singapore.

PopCon: How To Stay Relevant In Today's Fast-Paced Digital World

Marketing The Young Leaders Of Today And Tomorrow

Articles You Should Read This Week