1.26 Billion People At Highest Risk Of Conflict And Displacement Caused By Environmental Damage 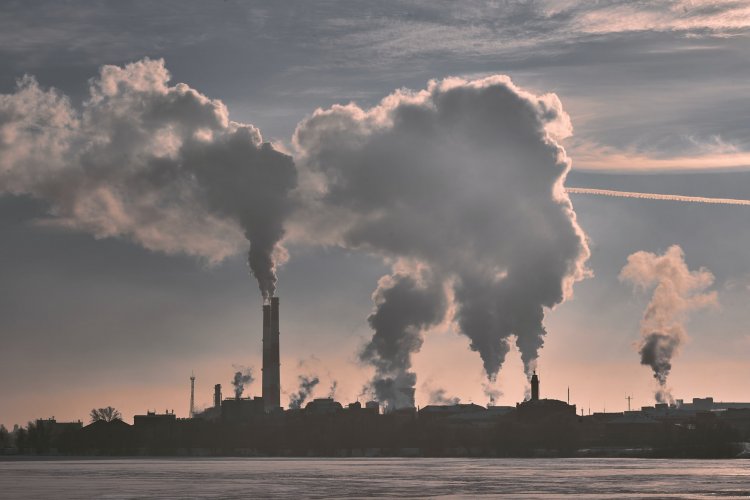 Photo by Maxim Tolchinskiy on Unsplash

On Oct. 8, 2021, marks the launch of the second Ecological Threat Report (ETR) from the international think tank, the Institute of Economics and Peace (IEP).

The ETR analyses a broad range of indicators associated with ecological risk including food and water availability, population growth and societal resilience, to better understand the countries most at risk of experiencing significant deteriorations in peace.

The main finding from the ETR 2021 is that a cyclic relationship exists between ecological degradation and conflict. It is a vicious cycle, whereby degradation of resources leads to conflict, leading to further resource degradation. Eleven of the 15 countries with the worst ETR scores are currently experiencing conflict. Another four are classified as at high risk of substantial falls in peace. Many more countries are likely to fall into conflict unless these cycles are reversed.

To reverse these cycles both the ecological environment and societal resilience need to improve, which requires a systemic approach. This means a reappraisal of how development is currently undertaken.

Underlining the severity of the finding, the number of malnourished people has been steadily rising since 2016 and is forecast to rise by 343 million people by 2050, creating another driver for conflict. Food insecurity has also increased to 30.4% of the world's population, according to FAO.[1] This is the reversal of a trend spanning decades that has seen undernourishment steadily improve. Malnutrition is worse for men, especially in Africa where twice as many males suffer from thinness than females. Stunting is also worse in boys than girls.

Three areas of the world suffer from the greatest risk of societal collapse as a result of food insecurity, lack of water, population growth and the impacts of natural disasters. The Sahel-Horn belt of Africa, from Mauritania to Somalia; the Southern African belt, from Angola to Madagascar; the Middle East and Central Asian belt, from Syria to Pakistan. These areas are in urgent need of attention.

The Sahel is the next focal point for potential societal collapse as demonstrated by the recent proliferation of radical Islamic groups. Niger and Burkina Faso are currently among the world's least peaceful countries (measured by the GPI) and are amongst the worst scorers on the ETR.

The ETR has found that more than 1.26 billion people live in 30 hotspot countries, suffering from both extreme ecological risk and low levels of resilience. These countries are least likely to be able to mitigate and adapt to new ecological threats, which is likely to cause mass displacement.

The number of people displaced by conflict has been steadily rising with 23.1 million people from hotspot countries living outside their home country in 2020. Europe was hosting the largest number of displaced people from hotspot countries, at 6.6 million. These numbers are likely to increase by tens of millions as ecological degradation and climate change takes hold.

Steve Killelea, Founder & Executive Chairman of the Institute for Economics and Peace, said:

"COP26 provides an ideal opportunity for leaders to recognise that the ecological threats of today need to be addressed before climate change substantially accelerates them, costing trillions more to address.

"The solution to these problems lies in a more systemic approach, partially through the conscious integration of development agencies. The problems of conflict, food and water insecurity, displacement, business development, health, education and indeed climate change are interrelated, and the interconnectedness of these relationships must be recognised for them to best be addressed."

New polling of over 150,000 people in 142 countries has found that the most significant emitters of carbon dioxide are countries where their citizens are least concerned with climate change. They are also some of the most populous countries in the world. Only 23% of China's citizens see climate change as a very serious threat, while India recorded only 35%. The global average was 49.8%, with men slightly more concerned than women by 2%.[2]

Without the buy-in of the citizens of these countries, climate change action is unlikely to be effective.

Spanish and Portuguese speaking countries scored the highest and occupied 12 of the 20 top spots. Countries immersed in conflict scored poorly, with Yemen, Ethiopia, Egypt, and Myanmar having the worst scores.

The United States scored near the global average at 49.2%, while the United Kingdom had a relatively high score at 69.9%

The greatest gender disparity was in the Scandinavian countries of Norway, Sweden, and Finland where women scored higher than men by 21%, 18% and 13% respectively.

Since 2014, the number of people without access to adequate food globally has risen every year, increasing by 44%. Increases in food insecurity are associated with deteriorations in peace.

Due to lockdowns and border closures, COVID-19 has amplified food insecurity further and will likely have a long-lasting negative impact on world hunger due to stagnant economic growth.

The ETR reveals that by 2040 over 5.4 billion people will live in countries facing extreme water stress. Lebanon and Jordan are the countries most at risk.

Sub-Saharan Africa has the most countries with the lowest levels of social resilience combined with the highest population growth. 70% of its population suffer from inadequate access to safely managed water, which will be compounded by high population growth.

IEP worked with 60 leading policy stakeholders to develop policy recommendations that promote global ecological resilience. This included the recommendation to combine health, food, water, refugee relief, finance, agricultural and business development into one integrated agency in high-risk areas. This recognises the systemic nature of both the problems and solutions, allowing for a more efficient allocation of resources and faster decision making based on the geographical area of need.

Although military interventions are necessary, they will not solve the underlying ecological issues driving the conflicts. The lesson from Afghanistan is that without well planned and executed development spending, obtaining peace is impossible. The recent fall of Afghanistan to the Taliban highlights the limits of the military and exposes a poor spending strategy. It is estimated that the total US federal expenditure on Afghanistan cost $2.261 trillion - $50,000 for each Afghan citizen currently living in the country. This is more than 100 times the average Afghan's yearly income.

Indonesia's Government Calls For Responsible Use Of Social Media, Backed By Celebrity...

Seedo Corp. Appoints Avi Stern from Wix.Com to Board of...